Last night I went over to a friends house who has a home cinema installed in his living room. We have watched the second episode of Star Trek Picard. Through the cinema like atmosphere it’s quite easy to catch details in the show. There was this scene when one beams herself into room of another person who then said jokingly “you could have knocked”. I have thought about this interaction for quite a while now and it needs to get out of my head.

To be a little more precise: the scene we are discussing used the projection idea rather than the beam (Transporter), which we all know from Star Trek. This has been clear since in this one take Person A walked right through Person B and the projection gets interrupted for a second.

What sticked to me was not necessarily the immersive interaction of this projection. We have seen that for many years in countless Sci-Fi movies. What’s really bugging me is how the private space gets invaded by technology. Let me describe real quick what happened: Person A, sitting on a desk in his bedroom, minding his own business. Person B enters without any preliminary warning and starts talking. Not only is there no sign of interaction before Person B enters. She is also able to fully grasp the environment, with the messy bed and everything.

There are at least two different layers I’d like to discuss. One is rank.

The person accessing the private space by projection is clearly higher ranked than the person who’s private space gets invaded. That is an interesting approach in showing power. Without any prior signs one person can enter another persons private space whenever he or she wants.

Another layer discussing the architecture which main purpose is to have a gapless surveillance. Its called Panopticon.

The concept of the design is to allow all prisoners of an institution to be observed by a single security guard, without the inmates being able to tell whether they are being watched

Among others Michel Foucault has discussed the Panopticon model to describe the modern workplace in the 1970s. Since this prison model is so effective it gets translated in many todays issues. Social Media is probably the most obvious go to technology which incorporates this prison model very well. You feel being observed all the time. Even of you’re not online people can see what you have put online all the time.

We got used to this feeling pretty quickly. If someone texts us we get a message, regardless where we are and what time it is. This is because we have this device with us, all the time. We can actively decide to leave the device in another room.

In the near future there will be no device anymore. For starters Alexa and Siri giving us an idea of how we are going to interact with machines and eventually with other people through machines today and in the future. Always there, always on. Even if you don’t directly interact with it.

Without digging deeper into what the overall implications are (having digital agents available all the time) I just try to determine my initial uneasy feeling I had watching the Star Trek scene mentioned earlier. I am by no means a technical critic. But I always try to determine the interaction between humans and computers when it comes to domination, control, and exploitation. These are the critical corner points we need to adress in order to create safe and reliable technology. No human should have power over another human being. Not in the technological space nor in any other aspect in life. 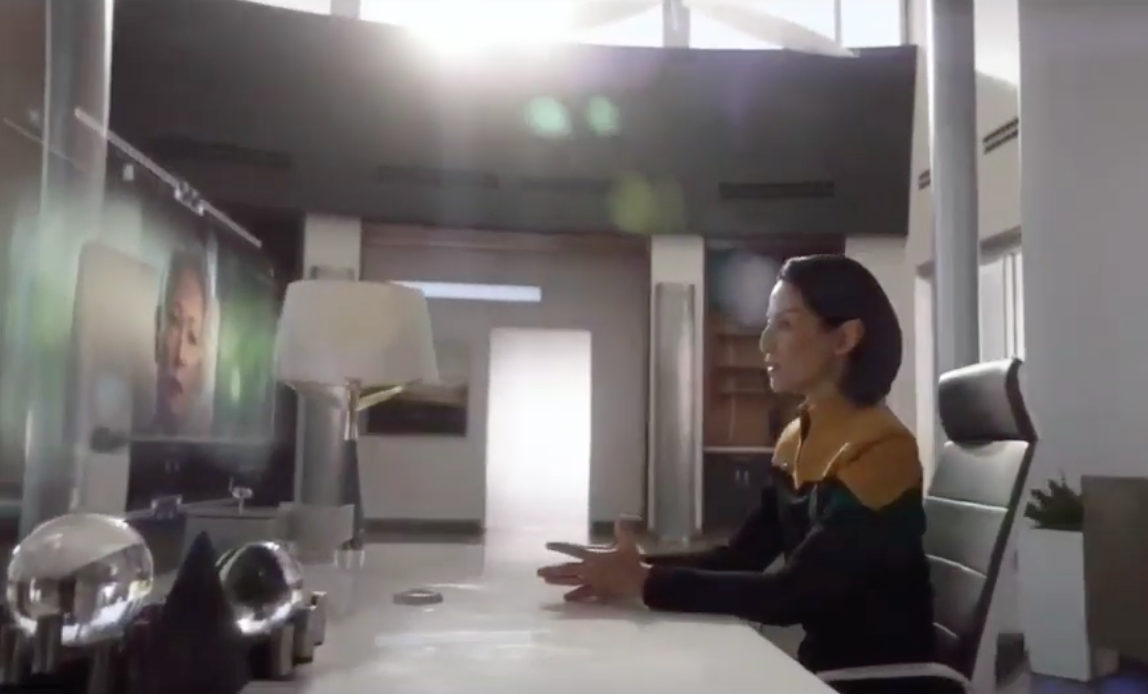 Star Trek Picard shows the scenario of the Starleet Command in a very clean and bright manner. In reality it shows a dystopian nightmare that in some way or another is going to happen.